Today we'll show how to add a few simple UI Tests to a simple Xamarin.Forms app.

UI Tests are critical for maintaining our apps. We need to make sure we test every feature, both new and old, before publishing our apps, and the time it takes to test our apps increases exponentially as we add more features.

UI Tests help to automate our testing cycle to help shrink our development cycles and publish our apps more quickly.

Let's start with the Hello World app in Xamarin.Forms. 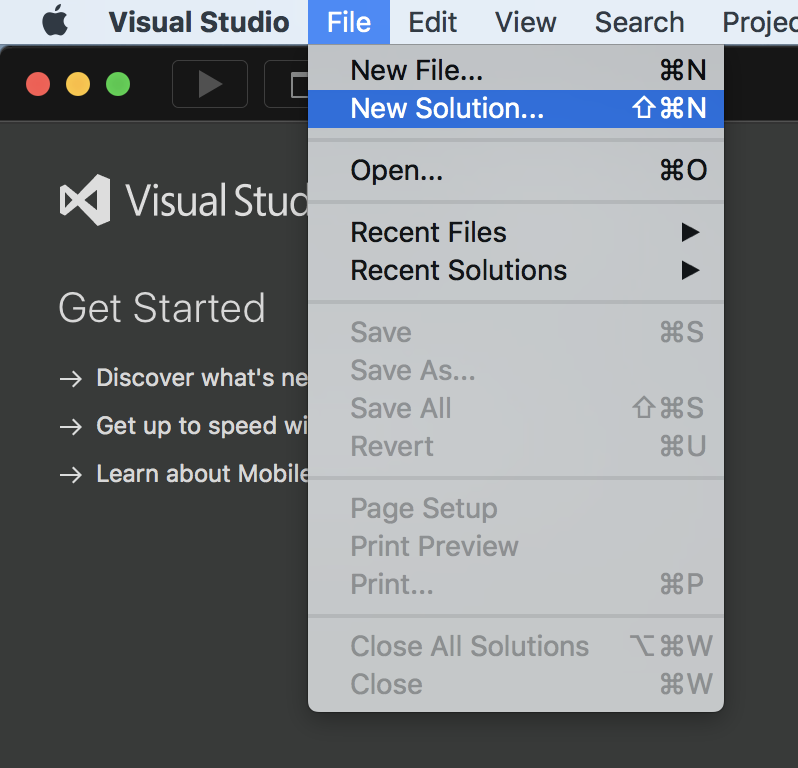 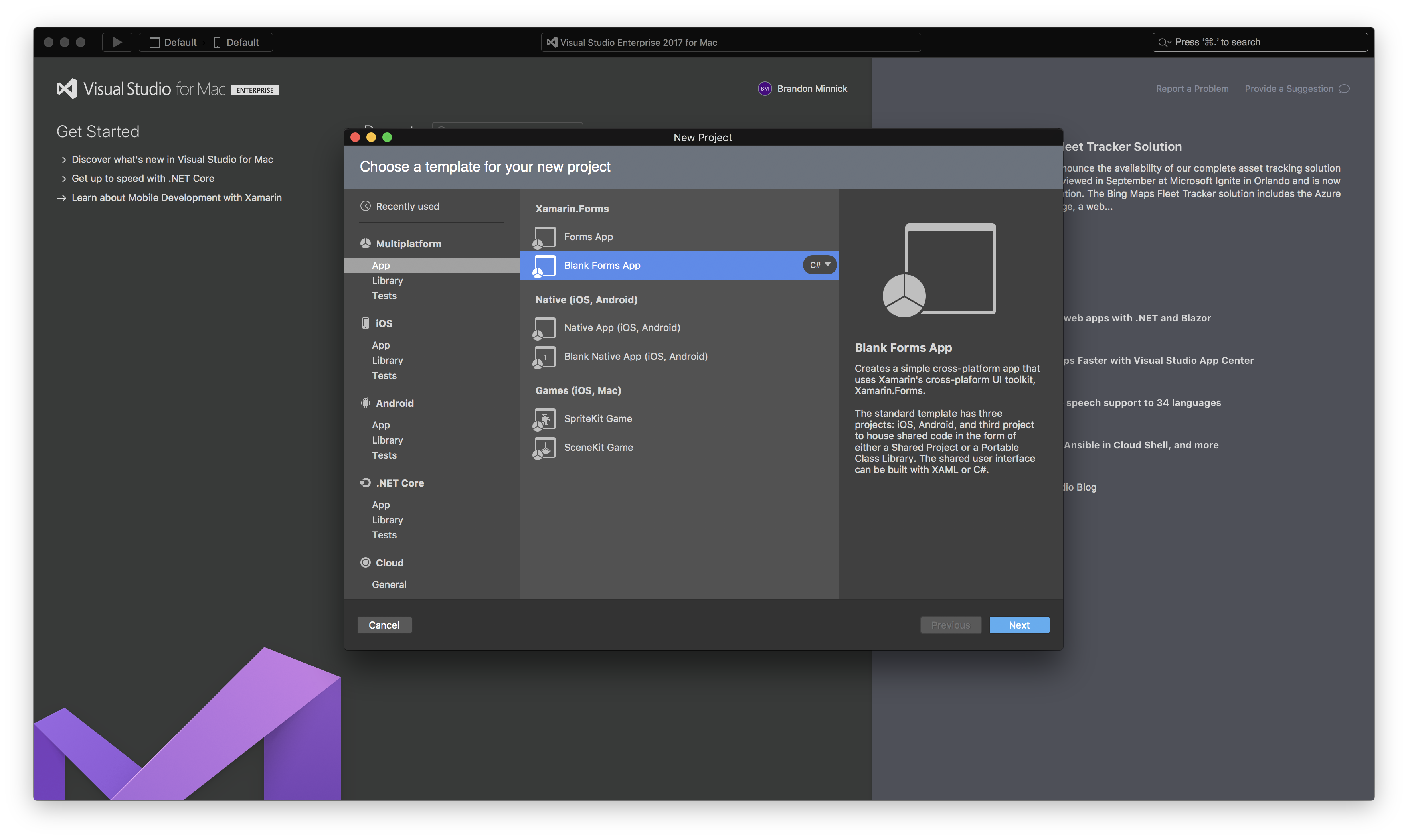 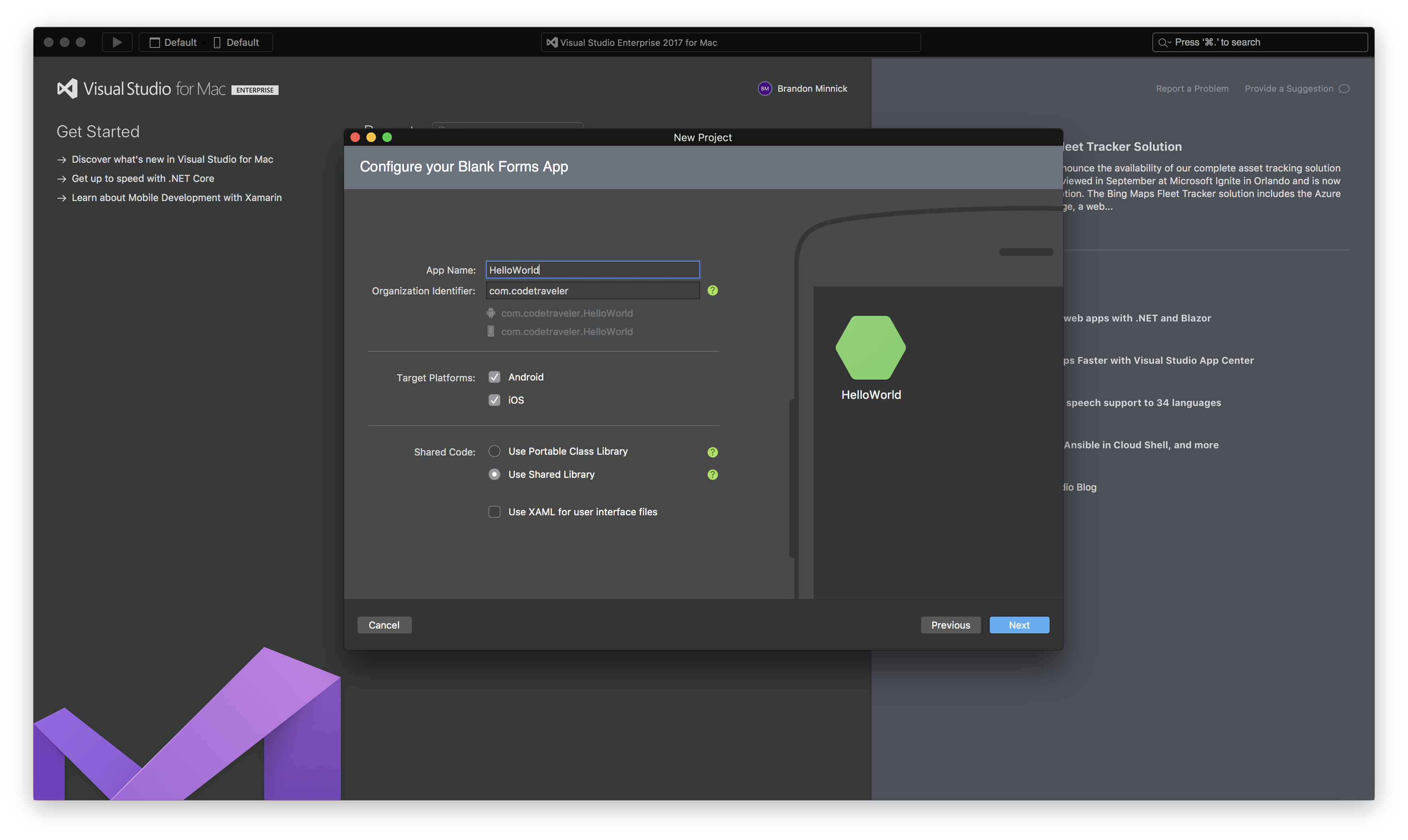 On the next screen, make sure "Add an automated UI test project" is checked, then click "Create" 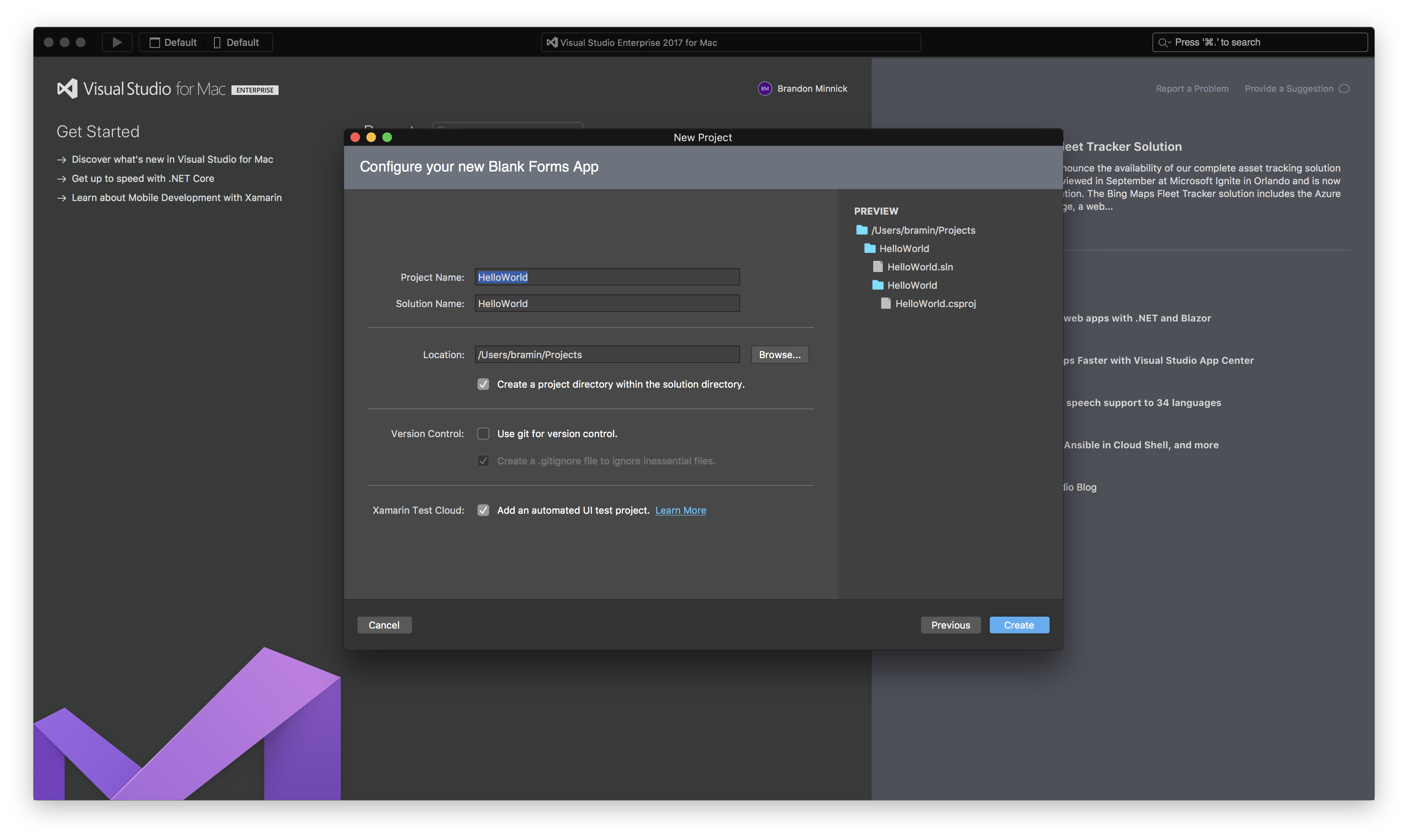 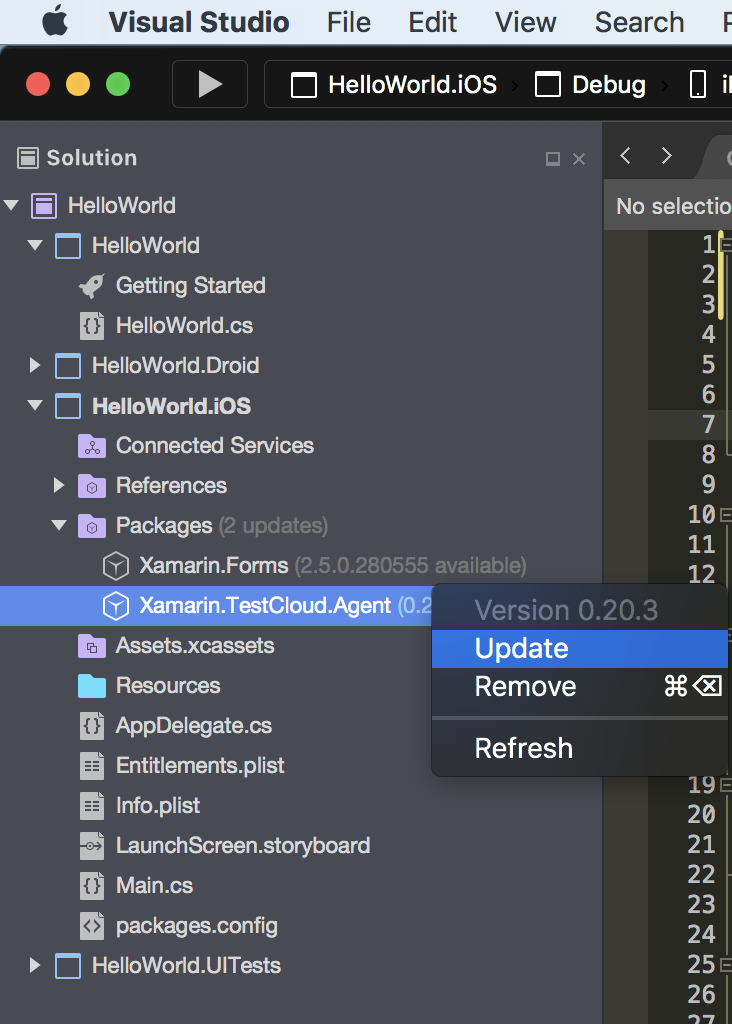 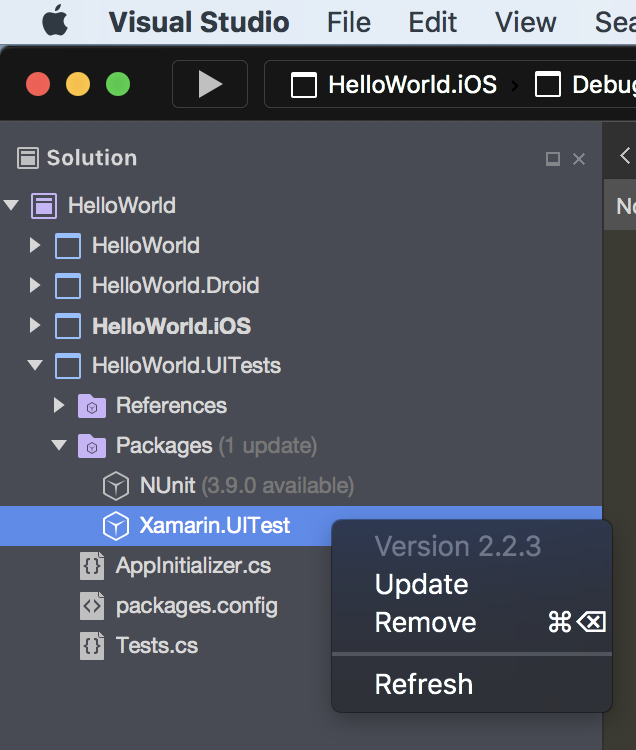 While this is great and can save precious seconds when building/deploying our app during development, UI Tests aren't compatible with the Shared Mono Runtime, so let's disable it!

Right-click on the Android project and select Options 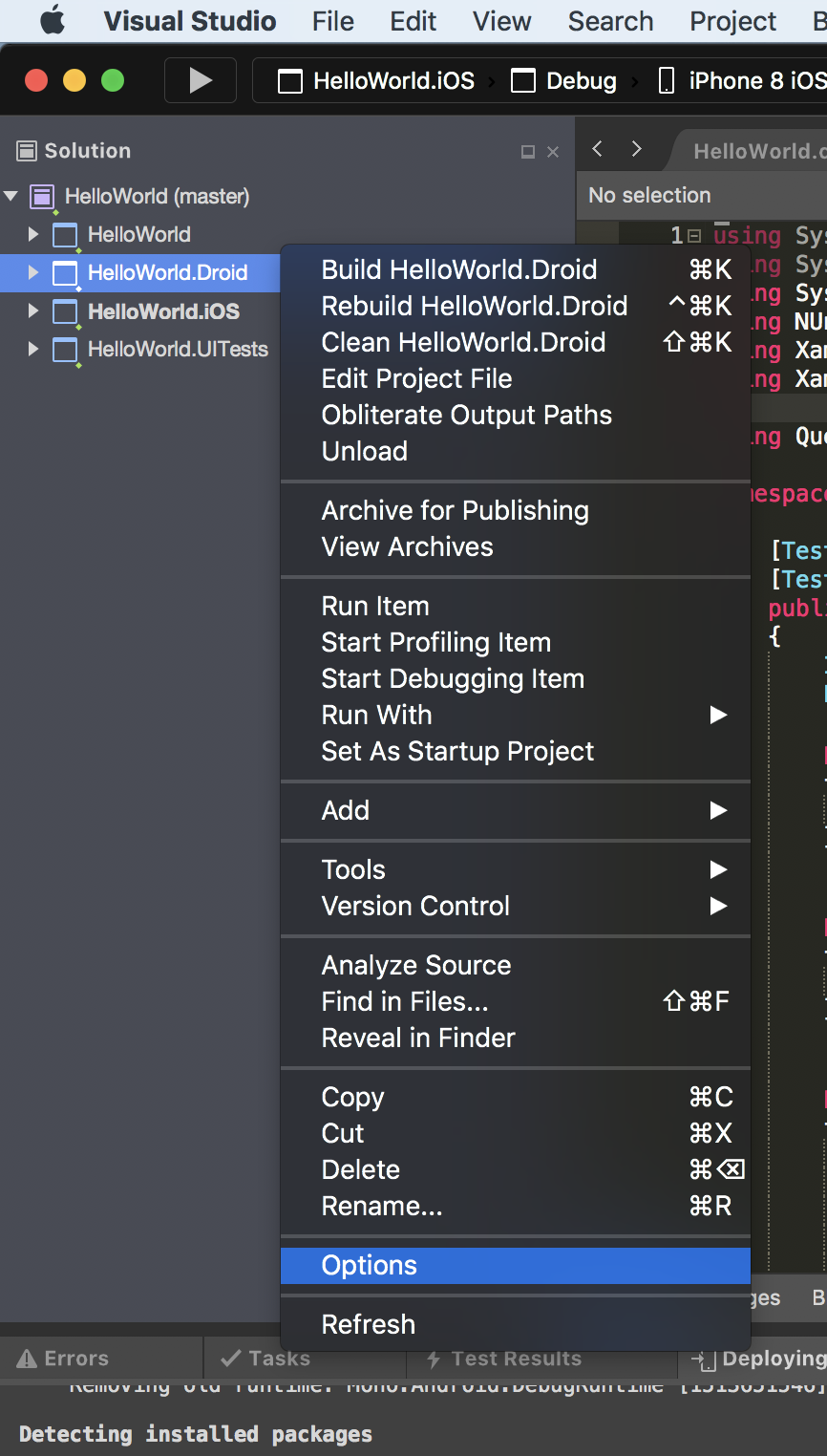 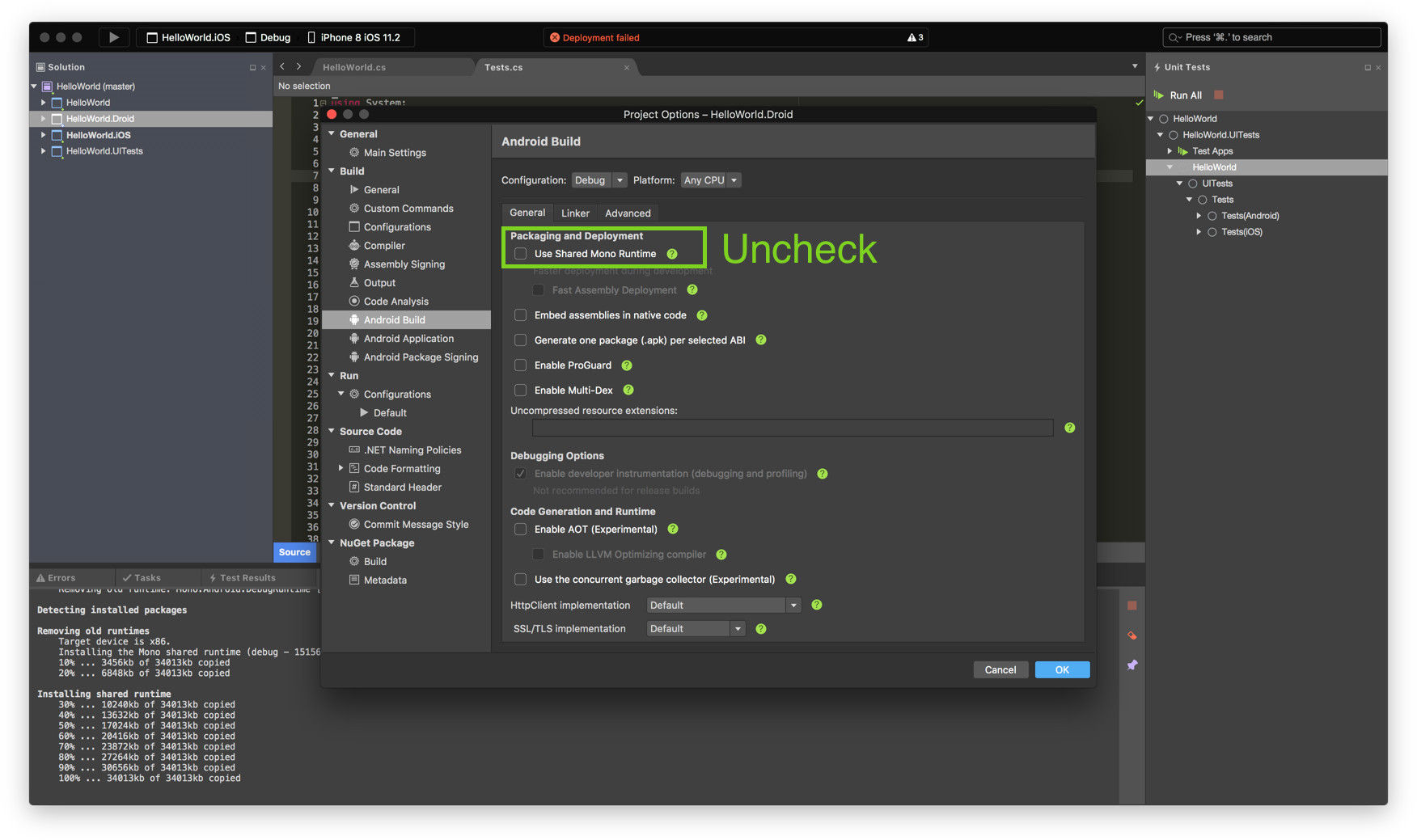 Every Xamarin.Forms.Element has a string property called AutomationId. This property is completely invisible to the user, and we can leverage it to uniquely identify every UI element that appears on the screen.

Let's assign AutomationId for the Label in our Hello World Xamarin.Forms app. I named mine "HelloWorldLabel". 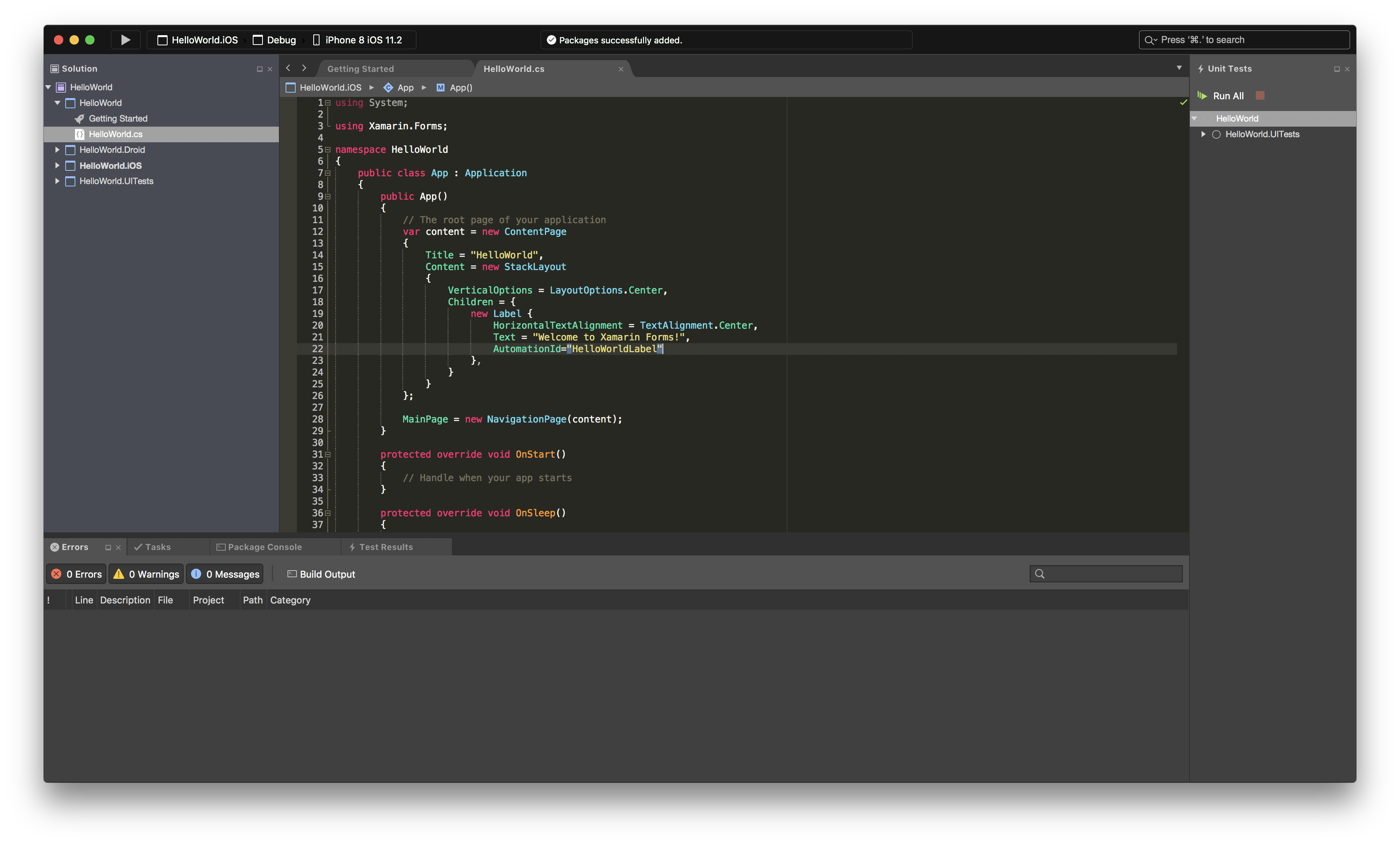 That's it for the app! 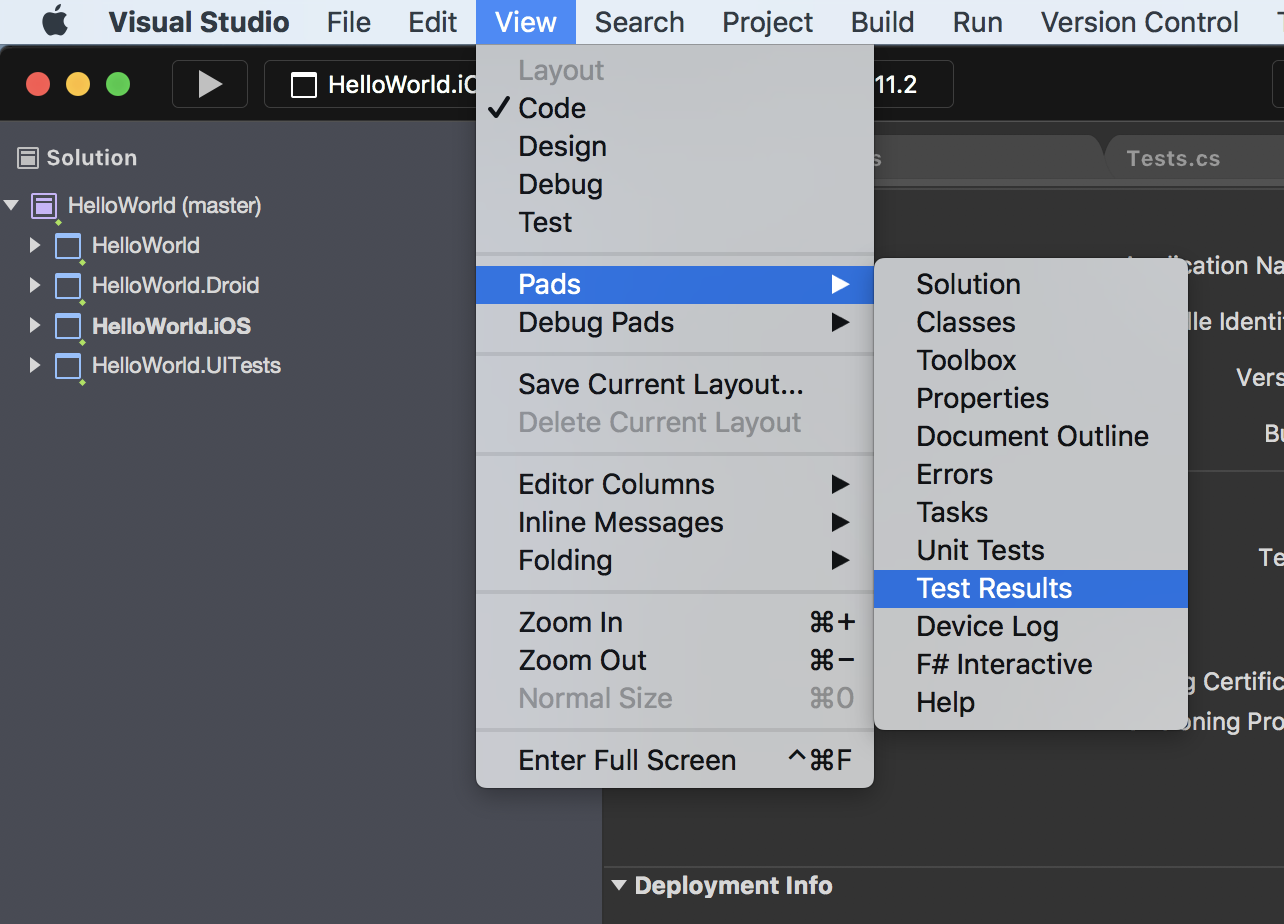 Open the Unit Test Pad
(I know what you're thinking - "We're writing UI Tests! Why are we opening the Unit Tests pad?!". I don't have a good answer. For now, let's just call it an unfortunate name) 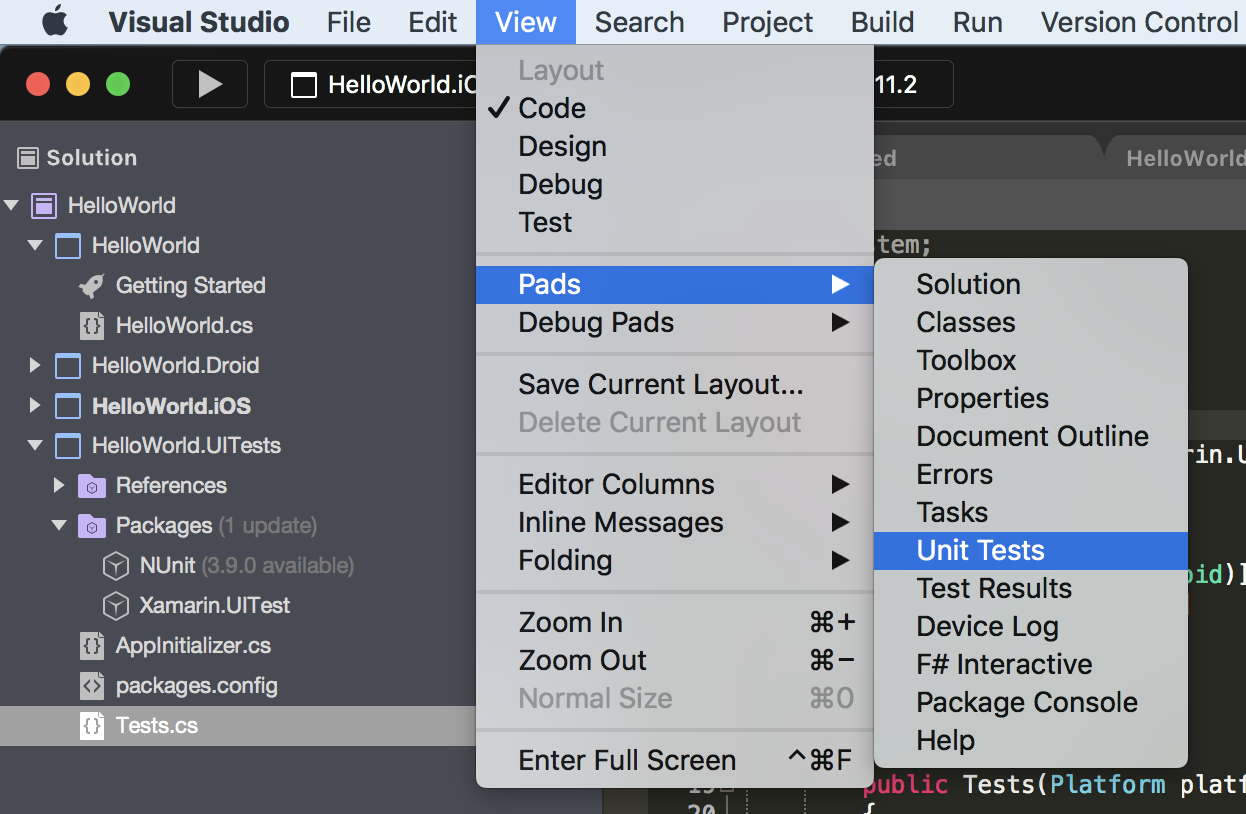 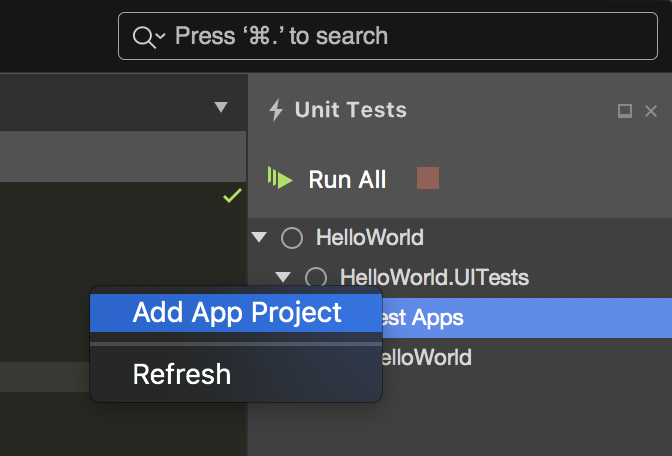 In the Add App Project window, ensure both the iOS and Android projects are selected, then click OK 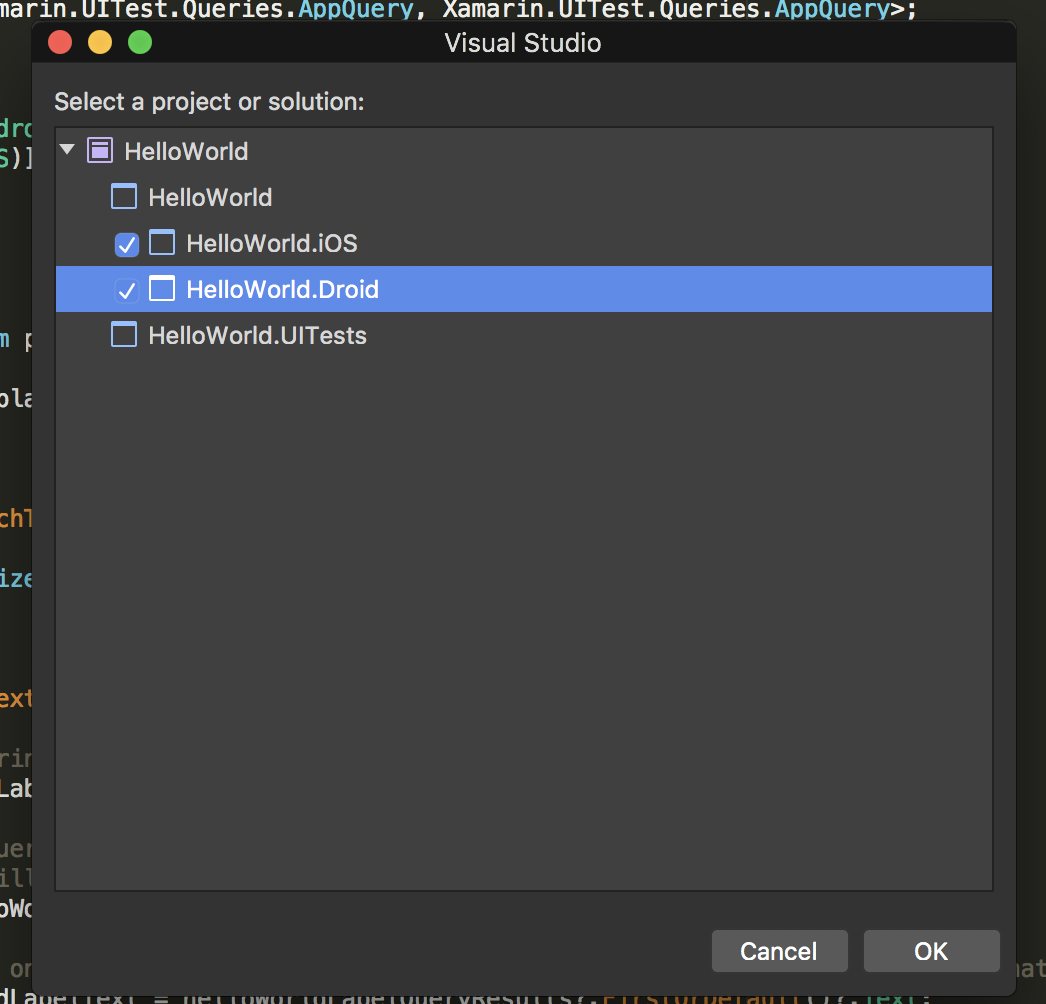 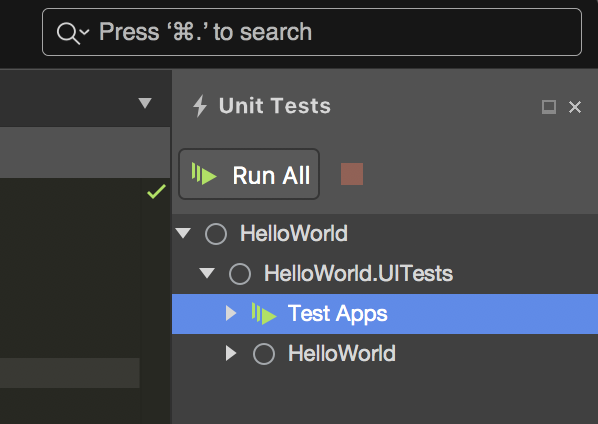 I am currently on Southwest Flight #478 from San Diego to Tampa. My wife and I are off to see a good friend is get married, and I'm more than happy to fly across the country to watch this guy marry his dream girl!

Don't get me wrong, I'm not going to be streaming 4k on this airplane's internet connection, but it does everything I need for browsing the web and working on apps. In general, Southwest's WiFi is solid, and at a cost of $8, it's the best value I've found flying the friendly skies.

I've got to hand it to Southwest: the internet connection has been rock solid. I like to keep a constant ping running while on the plane, and it's had zero dropped packets 👊 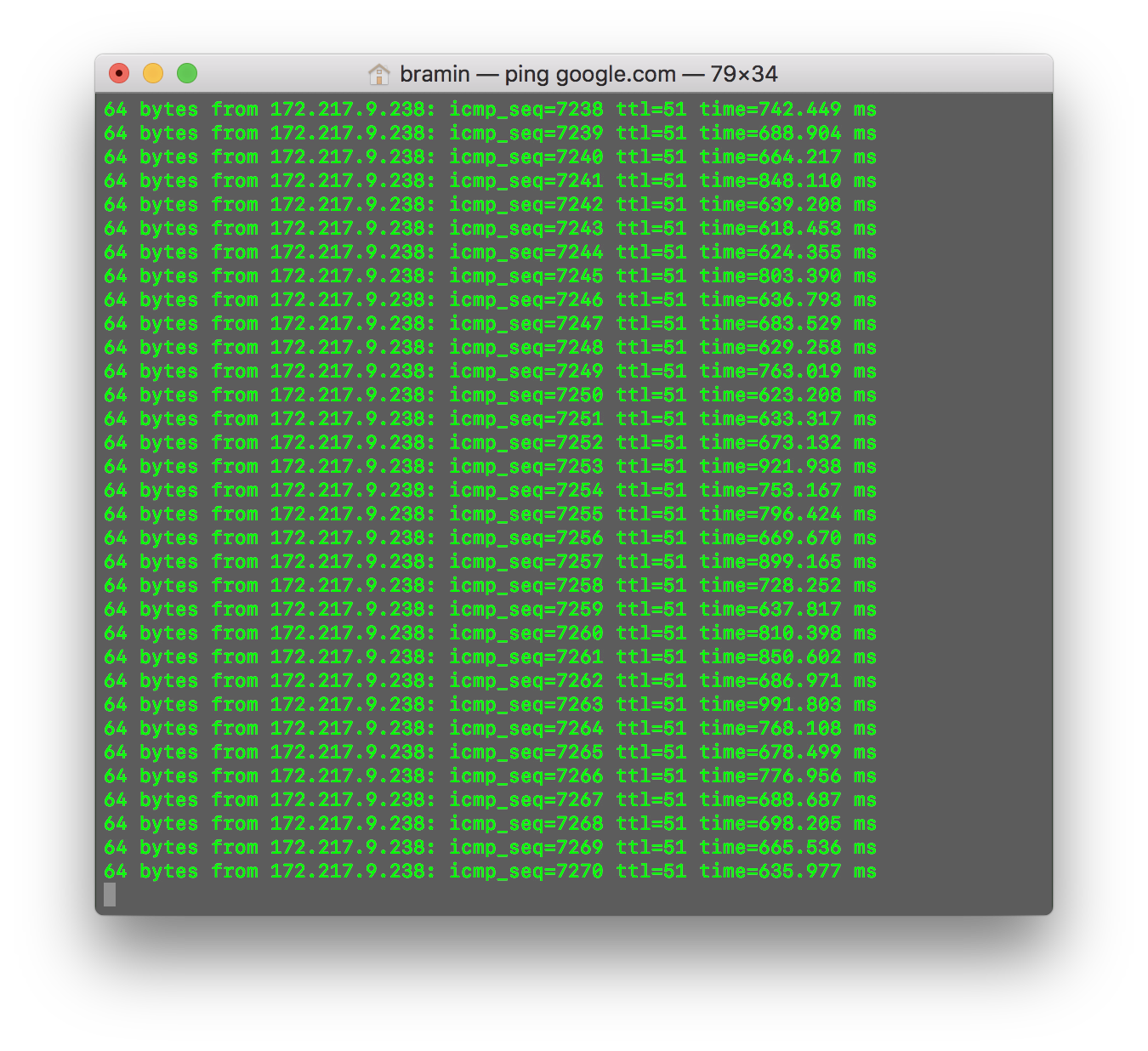 Working on a 15" MacBook Pro on a plane always leaves something to be desired. The leg room is decent on Southwest, but elbow space is at a premium. Sitting on the aisle seat also means I get bumped once every 20 minutes as a person walks down the aisle (see what I did there - it's a wedding pun!). Oh, and the guy in front of me is reclining his seat, so that's fun.

No crying babies on this flight, but it's a plane with loud engines. Not even my Bose QC15s + Post Malone can drown out all this background noise.

It's not my first choice in coding locations, but I like what Southwest is doing with their ambiance. They've installed multi-colored lights in their 737s which give off different hues. Right now the cabin is illuminated in soft blue + red light, and I kind of dig it.

Will definitely fly Southwest again, but I'll take my home office over a cramped seat in economy every day.

Android recently changed how splash screens work in Android v12.0 (API Level 31). Let's take a look at how to support it in our Xamarin.Forms apps! 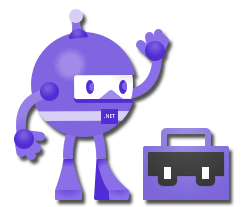 The .NET Community Toolkit recently debuted. Let's take a look at how to use some of it's features, and how we can contribute more!